Industry 4.0: Can you afford to ignore it? 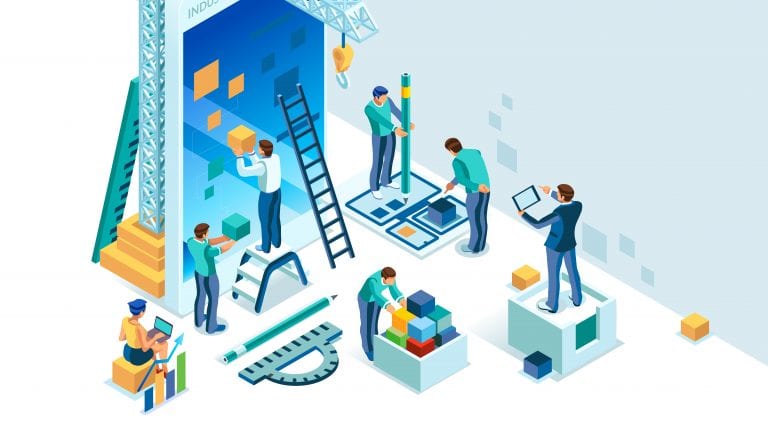 While the desire to be more innovative and improve connectivity is ubiquitous, only the more prominent players are gaining momentum as Industry 4.0 advances. If available technology isn’t deployed today, likely the business won’t be here tomorrow.

We are witnessing a fundamental transformation in how corporations produce goods thanks to a revolution in digitalization. Industry 4.0 describes the 4th industrial revolution whereby existing computer capabilities are partnered with live field data, machine learning and cloud computing to provide improved and previously unseen insights across the entire organizational value chain. If steam was the original driving force behind Industry 1.0 during The Industrial Revolution, technology is the driving force behind Industry 4.0.

Technology is the ever-changing enabler to deliver breakthrough performance today. While Industry 4.0 has been a decade in the making, its capabilities have been mainly out of reach for most medium-sized companies. Only an estimated 26% of companies in the US have an Industry 4.0 initiative that has been deemed successful[1]. Additionally, 60% of companies report that such initiatives have stalled at the piloting stages. In the industrial space, success lags even further behind without a critical mass of adoption on cutting-edge technologies such as remote device management, real-time operational visibility, robotics and machine learning. The more prominent players across the manufacturing spectrum are gaining momentum in Industry 4.0 advances. Companies that do not deploy available technology today likely won’t be in business within the next five years.

The level of desire to innovate and the rate of technological adoption varies. But the truth is everyone is on the journey to some extent – the desire to be more innovative and improve connectivity is ubiquitous – but progress is at a snail pace, particularly in middle-market industrial companies.

At Audere Partners, we strongly believe that the slow adoption of Industry 4.0 amongst middle-market companies is primarily due to a lack of clear enterprise-wide vision and digital mindset and the struggle with fundamental challenges of change management in the following broad categories:

Lack of strategic vision: Implementing Industry 4.0 is “too big to handle,” leading to the status quo. Given the perceived enormous magnitude of this transformation, only 40% of large companies have a long-term Industry 4.0 strategic roadmap in place. That figure is only 18% for firms less than $1b.

Technology gridlock: Organizations fear cost and complexity – an often-mistaken view that progress on Industry 4.0 requires massive investments in new ERP and IT infrastructure.

Silver-bullet mentality:  Rapid & sustainable progress can only work when technology is seen as an enabler in the bigger picture, not a “silver bullet” in its own right to fix all problems. Failure to build an adequate business case business case for change. Lack of definition of high-value areas of implementation and detailed development of qualitative and quantitative measurable benefit.

People are not ready to change: New technology investments are often less about replacing people with equipment and more about leveraging experienced employees with the tools they need to remain competitive. However, the front-line staff is not engaged at the design phase, and there is insufficient regard and understanding of front-line impact.

Many of the obstacles faced by medium-sized enterprises in their quest to successfully deliver digitalization stem from a lack of conviction in providing a broad and robust digitalization agenda. Many of these companies start with a small pilot, some with unrealistic expectations. Many pilots fail, and companies become scared and generally become afraid to try again, likely until there is a change in senior leadership.

Surprisingly, the failure of pilot programs is rarely associated with technical issues like data storage or processing, connectivity, integration, security, data capture or analytics. In many cases, it comes with the inadequate engagement of front-line employees and leadership and no clear roadmap. But in every instance where a pilot program has failed, we find that the organization did not pay sufficient attention to fundamental elements of change management. We hope that organizations are not swayed from pursuing their digitalization aspirations because when digitalization is done well; it will deliver value across every value chain element, enhancing competitive advantage in the marketplace.

Below is a 6-step change management roadmap that will not only cut through organizational resistance, but will create the right environment for programs to be developed rapidly, implemented successfully, and deliver the desired results and outcomes.

Given the above challenges, this is a call to action for Operational P&L owners to spearhead a new and practical conversation on Industry 4.0 that truly generates progress. Discussions about Industry 4.0 should be collaborative between the CTO and Senior Operations Leaders. That collaboration will deliver a lifeline to many medium-sized businesses, resulting in a positive impact on the bottom line. 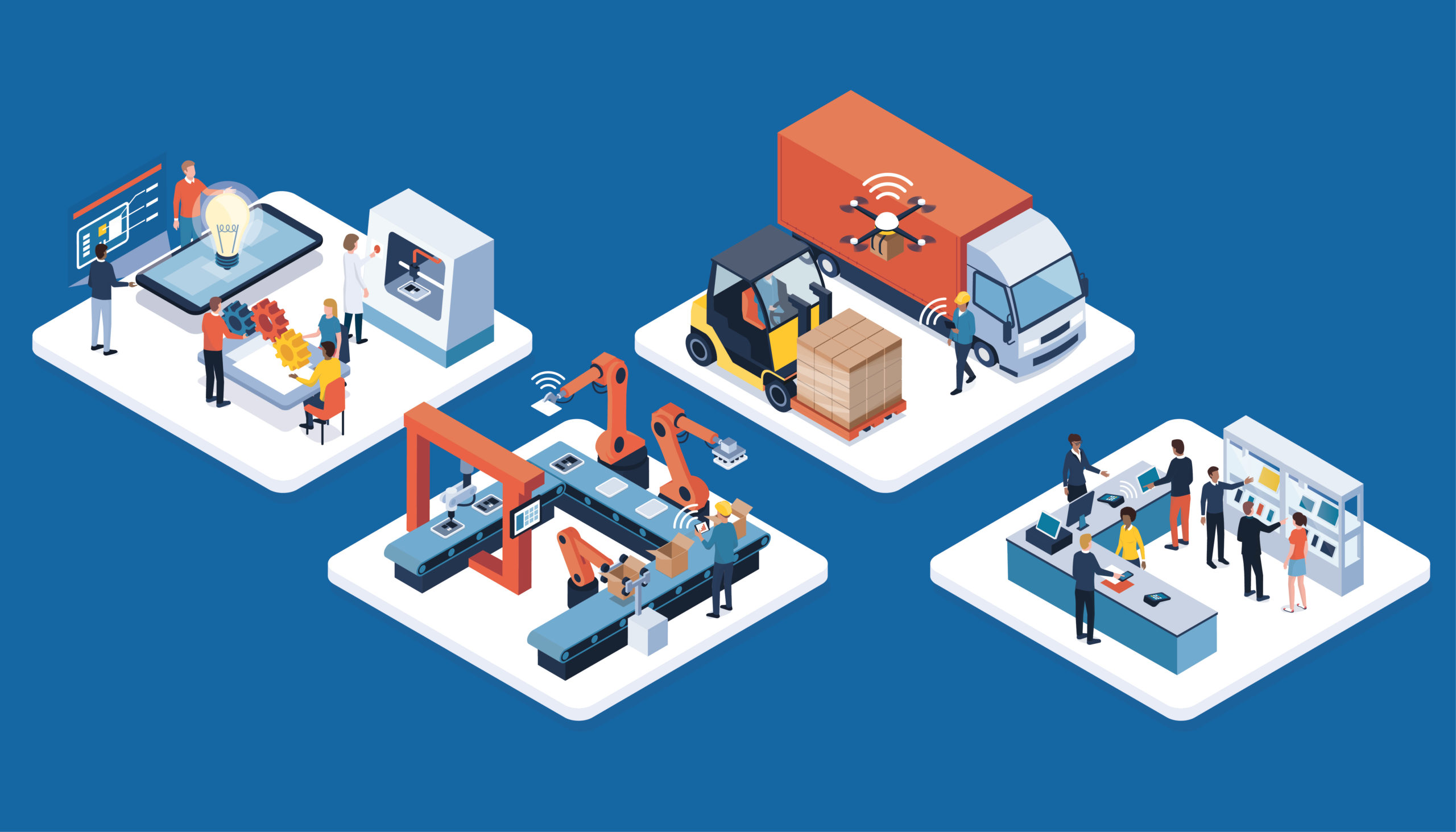 Small Manufacturers Can Take the Fight to Big Competitors 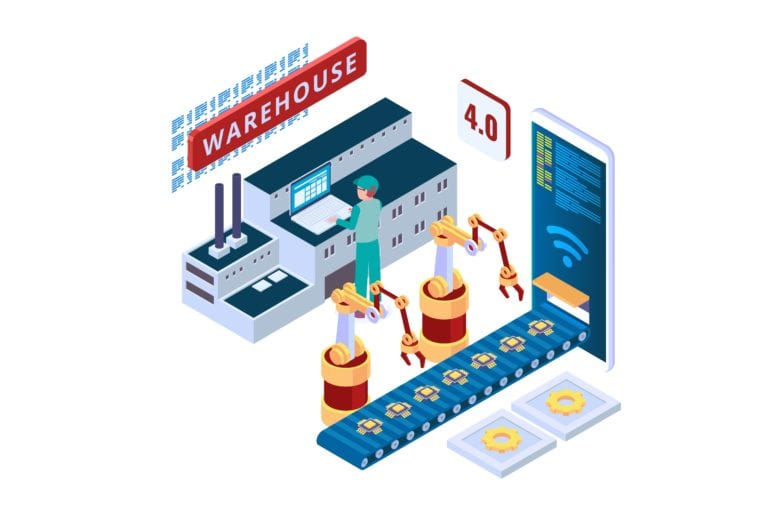